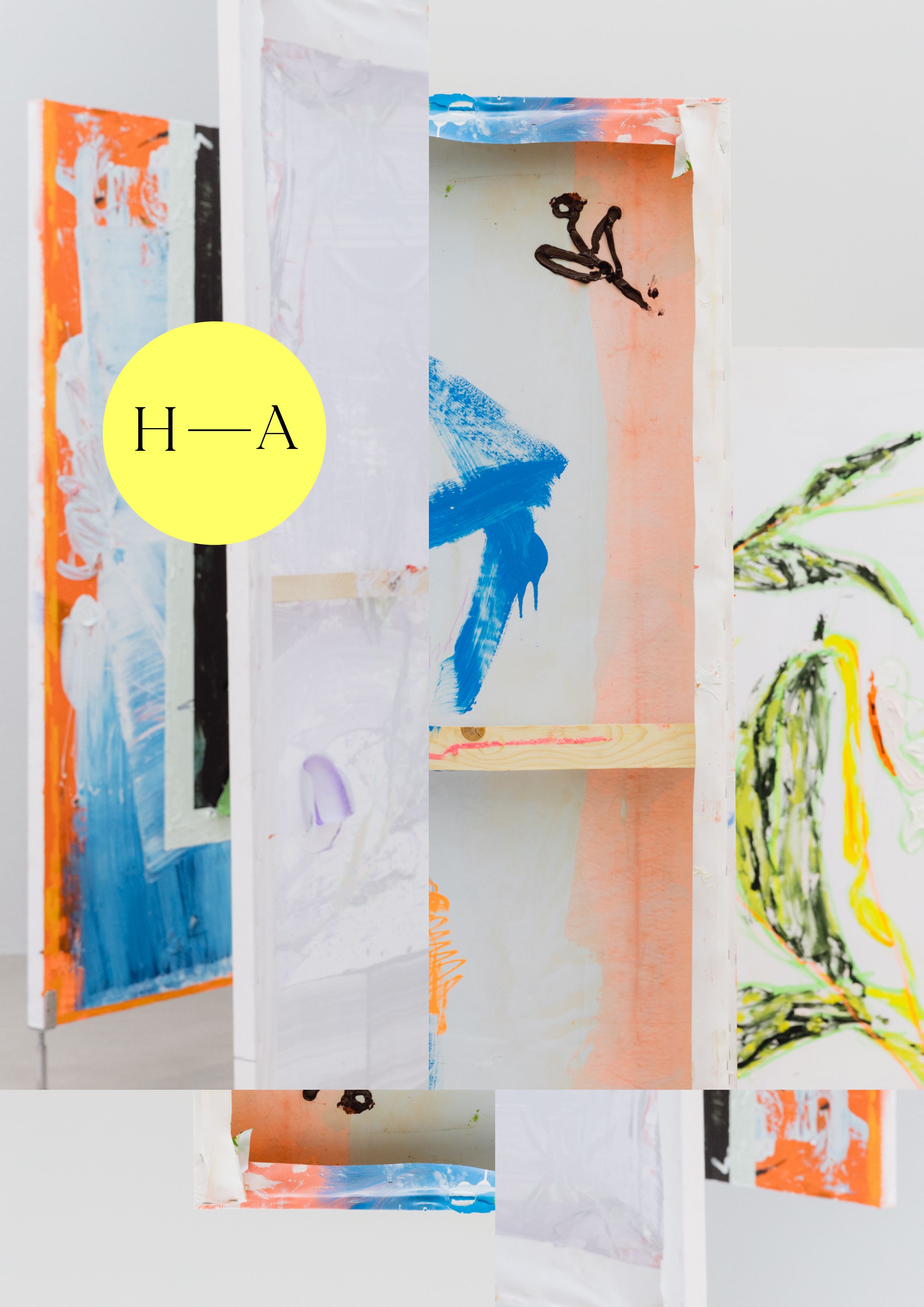 I had an “oh shit” kind of moment when I walked into Hos Arne a few days ago*1. The tour of Billekvists exhibition started off as a whisper and ended not in a roar but in some kind of subtle comforting heartbeat. Like when laying your head to rest on some body part of another. You feel a pulse, something warm, even unexpected. I think it was the flower that set off the conversation as we strolled past the half installed, very exposed show.

I knew that was bullshit, so I asked again and as I suspected, it wasn’t just a flower. It was a pattern he found in a binder full of embroidery that he had inherited from his grandmother’s ’syjunta’ *2. Junta is one of those funny Swedish words old enough for me to have to ask what it means.

Needlework is always judged from how it looks on the backside, every skilled embroiderer knows that. With painting it’s not really the same. We are trained to not see what’s behind and not want to either, as it might take the magic away from the mastery or reveal things we feel better off hiding. Here, Billekvist does the opposite. He exposes the backs giving away, most of the time, a bunch of first attempts gone wrong. He also doesn’t use canvas but a more transparent industrial like version of something natural. Polyester, the mimicry of silk yet more durable, just like the VHS versions of FF Föräldrefritt*3 his grandma had waiting for him when he came around.

Billekvist is into systems, and therefore these sewing circles make sense amidst the very strict, very rough 48mm standard constructions that the frames are built from and placed within. These metal brackets fit perfectly because they are also part of this larger, constructed system. These materials are the groundwork, the basics, yet Billekvist reloads them, turning them into containers for viewing symbols with a hint of nostalgia.

I get the feeling that this has potential to grow, become larger and take on more weight.

The paintings don’t stop at the end of the frame and the unfolded corners disclose a humble intention to keep on going. I appreciate this, along with the spatiality of the show. Billekvist isn’t shy but neither over obtuse in his use of space. He lets the frames and their construction do the work and draws as much attention to what he wasn’t pleased with, to with what he was, fiddling with tradition, or should I rather say systems, for exhibiting painting. He attempts to create an even playing field, or in this case hockey rink, amidst these stories. Dirt bikes, numbers in their teens, grandmas lost patterns*4, it’s all there.

*2. Syjunta is a somewhat outdated term (although having a comeback) used to describe a women’s sewing circle that served more of a social function as opposed to being associated with the church.

*3. A Swedish tv-program hosted by Markoolio aired on channel 4 of the national public broadcasting company in 2002.

*4. All these sewing motifs that you see in the work were done by Billekvists memory, as the infamous syjunta book is currently deemed lost or stolen.